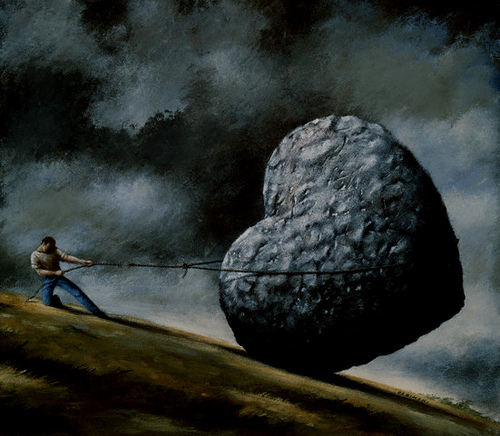 I woke up this morning, sure I don’t want A to come here.  Now I have to tell him. Not looking forward to that.  He is so sweet, he will be so hurt.  But everything in me is saying no….

Now that he wants to come for 2 weeks, he will be disappointed with less, and I realize that while I love and appreciate him so much, I am not in love with him.  I can’t pretend that for 1 day, let alone 5 days, or 2 weeks.  I don’t act, I can’t lie.  So, I’ll have to deal with that soon. Whenever I have an unpleasant task to do, I need to do it, as quickly as possible.  It weighs on me not to.  I wish I could match his affection for me.  He so deserves it.  But I don’t, I can’t, I’ve known him long enough to know that it’s not happening for me.

I was thinking about my ex and S, how similar they are, that they so don’t believe that they are worthy of love and belonging, that they fabricate a whole world to manipulate people into their lives.  I can’t imagine having to wake up every day and have to face that.  I mean, to the point that the whole world is skewed, that they believe the people who really do love them are trying to get something from them.  They look with disdain on the people who just love them, because those people innocently believed the carefully crafted lies that have been woven to make themselves acceptable to others.

I feel full of love and compassion for those two men this morning.  If they could just see that they are lovable.  In my ex’s case, he hides from the world.  His cousin in Florida called me the other night, to get his phone number because she wanted to check on him.  She doesn’t understand him.  I tried to explain that he doesn’t want to be known, he wouldn’t even tell me where he was living. I found out from my old next door neighbor that he is renting the cottage right next door to the house he lived in for 40 years.  But the cousin just doesn’t understand that he’s alone out of choice.

S…still wants to draw people into his life, but with lies and deception.  He doesn’t believe anyone can really love him the way I did…just because he is.  He thinks, as my ex does, that if you love someone that way you are just stupid, naive. I always said I saw him, I have told him that since forever.  I still see  him.  I still see that soul inside of him that just wants to be loved, but he’s crafted so many lies and such deception, and so convinced himself that love is not real….he also crafts a world in which he is alone, and no one really knows him.  And if someone does…like me….he runs away from them.  Afraid they will destroy the false world he’s put together. Both men believe they have to be separate to protect themselves, when the truth is we are all connected.

I have not heard a word out of S, in over a week.  I imagine that he was thinking he was punishing me, but now he is probably feeling a lot of shame at having been found out.  When I left him a voice mail, I tried to convey that I am not judging him, I see him, I know why he’s done what he’s done.  I feel sorry for him, is all, that he believes the only way he can keep people in his life is to craft a fake self that he thinks is more lovable than his true self.  Just so sad.

It’s not my job to teach either one of these men.  It is my job, when and if I ever interact with them, to extend love and compassion as much as possible.

Too much heavy crap on my mind this morning. I’m going to deal with A today somehow.  And then forget about the mess that S and my ex have created for themselves, and be grateful for all the blessings I have.