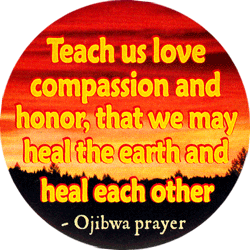 I did a meditation this morning on releasing the past.  Bits and pieces of memories still pop up from time to time, usually first thing in the morning, and I ask the universe, why?  He just so didn’t have to do that to me.

So, I’m trying to just find a way to let those memories come and go, and not unpack and take up a room in my psyche.  The guide in the meditation suggested re-framing those things, realizing that people who did things that hurt us were acting from their level of consciousness at the time.  Brene Brown, in her book Rising Strong, has a whole chapter on the debate as to whether or not people are doing the best they can.

When I went to the wedding in VA, a couple of weeks after I was devastated by S, I read that chapter of Brene’s book on the plane.  I had to stop reading, when I read that, and hugged the book to me and looked out the window, tears in my eyes.  I sent him a text, when the plane landed, and told him that I knew he was doing the best he could.  And so was I.

But that was before I found out that he’d been lying to me all summer.  That’s when I thought they had just gotten back together the weekend he dumped me.

Now I ask, do I have to still accept that he was doing the best he could?

Do I have to accept that when he would tell me he wanted to be alone, that he didn’t want a loving relationship right now, he wanted to find himself, all the while the truth having been that he was seeing Betty Boop on the weekend, that he was doing the best that he could?  When I would tell him to let me go, and he would ask me not to go, when he would tell me how he missed me, and come to see me, all the while lying to me, and to her, was he doing the best he could?

Do I have to accept that?

It seems naive.  It seems false.  He knew neither of us would share him, if we knew.  And he played us both to keep us in his life.  He played me harder than her, because she had no idea he was doing anything other than spending Saturday night with her.  She had no desires that weren’t getting met, she had no longing he wasn’t fulfilling.  I had them every day, and every day I had to hear what I now know was another lie as to why he wasn’t available.  I was far more work…and got far less.

But back to the question, was he doing the best he could?

I wish I could say yes.  I wish I could say yes, and just forgive it and move on from it.  Sometimes I can.  More and more of the time.  But sometimes I say, this is a smart man. It was one of the things I loved about him, was how smart he was, how he could discuss almost anything, could solve problems, could fix things.  This is a man with whom I was so clear…he would get aggravated with me for saying the same thing over and over in a million different ways to make sure he understood me.  I never wanted to hear from him, or another man, that they didn’t know how I felt.  He knew, unequivocally, how I felt.  And how Betty felt for that matter.  At least, that’s what he told me back at the beginning of our relationship, that she had told him that she wouldn’t tolerate him cheating on her.

Was he doing the best he could?  God, I hope not.  I hope he knows better than to treat people he loves in that way.  There was no honor, no respect, not even a tiny bit of love for either of us, in his actions.  It was just self-serving, it was stealing our love, and our energy, to fill his holes.

Perhaps therein lies the problem.  His holes.  He has so many….and I knew of them.  He told me.  He told me so many things, of his past.  Things that were horrible, that he lived through.  That he did.  Things that he swore he’d never told another soul, and didn’t know why he was telling me.  I still will hold his confidence, and never tell a soul those things.   I never judged him for any of it.  It was all in the past, way past, and I always felt that his experiences made him into the man I loved.  Let me say, though, that the knowledge of these things, allowed me to always see his inner child, the one who just wanted to be loved like all children do.  I gave him an inner child crystal early in our relationship, after he told me some of these things, which he used to keep next to his bed.  When we broke up over the prison whore, I think it was, he threw it into the river near his house.

I suppose it doesn’t matter how smart he is.  I suppose that what happened to him, and the way he acted out on it in his lifetime don’t have anything to do with his ability to solve problems, and do the work he does.  Emotionally, with me and Betty, he was doing the best he could.  He had two women who loved him the way he always wanted to be loved, unconditionally.  Although, I can’t speak for her.  I can only speak for me.  He didn’t want to lose that, but he knew he couldn’t keep us both if we knew about the other.  He lied and lied, to create a false world, a different world for each of us, so we would stay in his life, and continue to love him.  Fear…of losing what felt so good to him.  What is not love, is fear.

The answer is, yes, I guess he was doing the best he could.   The best he could was destined to eventually blow up in his face.  And mine.  And hers.  It was destined to absolutely devastate me.  I assume it did Betty also.  I think it has more than anything devastated S, because he now has neither of us (unless Betty has forgiven him, but I kinda don’t think that’s happened….) and has none of that unconditional love that he had.

If he had been honest with me in the beginning, when he began the song and dance about wanting to be alone,  we would still be friends. If he had just told me that then they had talked and he really wanted to see if they had a future. That he still had a lot of feelings for her.  If he had just been honest.   We would still be talking.  The hurt would have just been hurt, it never would have turned to anger, it never had to affect Betty at all.

I told him, so many times, that I would always love him.  That the love I gave to him he could take to the grave with him.  My heart still aches for that child, the one who steered the riverboat right into the deep and was lost.  My heart also sees the grown man, who denied the light, who fought for the darkness, who chose to allow his darkness to hurt people who loved him.  That was a choice.  No matter what he felt emotionally, he knew it was wrong.  He should have made another choice.

He can’t undo what he has done.  He can only make different choices going forward.  As can I.  I have to, as the meditation suggested, re-frame his actions, realizing that what he did reflected his level of consciousness at that time.   The pain is down to the level of a thorn stuck in my thumb every once in awhile, that needs extracting. I keep wondering why I keep grabbing the thornbush, and don’t just walk away from it.

I’ll attempt to do that, so that I can fully let it go, with love and light.  I can wish for him, that in his final years, he will welcome the light that I always saw in him, that he will learn to love himself enough to make himself proud from here on out.  To make decisions that he can live with, to be honorable, because I know right now, he’s having a hard time living with what he did to us.

Love and compassion are, apparently, and gratefully, my default settings, and I’ll return to those.

Love and light S. May you someday see the light in you that was always so apparent to me.

13 responses to “Releasing the Past, With Love and Light”