My tree is all decorated,and the house, except the outside lights. I still have to deal with that white extension cord for the lighted garland on the mantle, but you get the idea.  It was a nice day.  My son “supervised” while he watched football, but he was good company. He listened to me tell him stories about the different ornaments.  Some his cousins made, some from his first Christmas.  Some of them from his grandmother, from when I was a child.  It was enjoyable, close, relaxed, happy.

Just when I finished my cousin called and asked if I wanted to go for a walk, which I did. She lives on a lake in the next town, we walked a couple of miles and talked and talked.  That too was nice.  Family.  It was a family day.  I was telling her how sick I have gotten of myself, and all the drama, and how nice it was to spend 4 days just with my son, and talking to old friends.  I realized talking to my bff from high school yesterday that I really don’t want to tell anyone else the story.  I am so sick of it, lol.

A number of people have expressed surprise that Betty has not contacted me.  I know I would have, but she probably got all she needed from the blogs.  And she’s only been aware of what was going on for less than 2 weeks.  S always said she didn’t have much to say anyway, so I’m not surprised.  The whole thing had the feel of some stupid high school drama anyway, and I’m glad really, not to have to discuss it with her, though I would have if she felt the need.

I sent A a picture of the tree.  He won’t have one, living in his RV, working on his house.  I know he wishes he was here today, helping me decorate it.  Then I told him I was about to make a plate of left-overs, lol. His response, “God, woman, you are making my mouth water….”

A had been very sweet lately, even though he’s trying to find someone who wants a relationship with him.  He asked me for a pic of me in my bathrobe and jammies this morning, my hair only combed slightly, lol.  He said, “please, that’s when you are the most beautiful, when you wake up.”  He’s seen me wake up twice.  Once at his house, once at mine.  I’m so grateful to have  him in my life.  I can love him a lot from a distance.

I wondered idly at some point today if S remembered last Thanksgiving weekend, when he was complaining he didn’t get any leftovers from his ex-wife, and I showed up on Saturday with enough for he and I to have a meal, and for him to have a couple more.  I remember that as a nice weekend, even though I can’t remember what we did.  Maybe went to the beach, I think he took me to a produce stand near one of the beaches. Doesn’t matter.   I didn’t think about it long, it was just a passing thought. Didn’t make me happy or sad, it was just a memory.

It was a happy, calm, relaxing day.  In fact, the last 4 days have been. I didn’t need an Ambien to sleep last night either. Mellowing out.  Life is good. 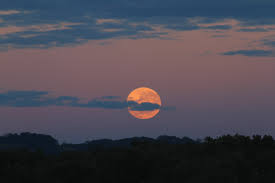 I’m trying to find some peace with the coming weekend.  I’m going to another gong bath tonight.  This one is not presented by the same couple who do the ones I usually go to.  But the woman who does this one is an old friend, and I have not seen her in a couple of years.  She stopped doing them for awhile, she was very ill, and then her relationship broke up, and her significant other of 20 years was her partner in playing the gongs.  She has put it back together now, has a new gong player with her.  I am happy to see her back to her life after all the trauma.

It is held at a a hospital cancer center, in the community room.  I used to go regularly to this place, years ago.   In fact have done some really tremendous healing there.  I think because many of those who attend are cancer patients, and their intention is serious healing, so the energy of the room is palpable with healing intent.  This is kind of the set up (it’s a google pic.)

I think it will be a good way to start the weekend.

I’ll get my hair cut and highlighted tomorrow.  I may try to mow the lawn, I haven’t been able to do it all summer because of the carpal tunnel, but I think my surgery is healed enough I can try it.  And maybe kill the grass growing between the bricks in my walkways around the house.  Sunday, maybe I’ll finally get the garage cleaned.  Hopefully, I’ll connect with friends at some time over the weekend.

I will miss S, I will be ok.  We still talk every day, the intensity is there, as always, between us.  But neither of us can change who we are, and what we want.  Wish it weren’t so.  Love that man so much.

I hope the sky is clear Sunday night, for the supermoon lunar eclipse.  The full moon always rises over my deck.  It is going to cloud up sometime Sunday night, I hope it waits until the eclipse is over.  I had wanted S to come and watch it with me.  But probably not a good idea, to see him will make me want more those things that I cannot have.

Hope everyone enjoys their weekend.  Love and light to all.