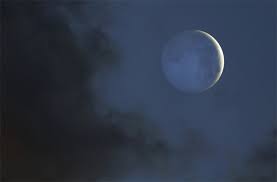 Tomorrow is the new moon.  The day of the month that the dark side of the moon faces the earth.  It is a time to set intentions about what you want to bring into your life.  It’s a time to be introspective, and commit to a new vision.

I am thinking about my intention.  Where do I go from here?  There is no S, only a friendship with A.  With my ex there is just the old stand-off.  I have a good life, all in all. But Ive taken a set back in the recent months.  I have been writing obsessively, trying to get back on my feet.

Inexplicably, I still miss S from time to time.  The S I knew, the one that really never was. I guess for about 6 months he was this guy, because he was consistently this guy, day in and day out.  Then the man just disappeared, he morphed into the old S, the one I never knew that I only heard stories about. The guy I loved was so cool.  But, he was my fantasy.  It was fun to live while I lived it.  When it crashed and burned it almost killed me though.

A….God, he is the sweetest man I’ve ever met.  He is all about me, all the time, but there are some things, that don’t bother me from 2000 miles away, that would bother me day to day.  Still…I was so loathe to hurt him today.  He told me he was “giddy” at the thought of spending 2 weeks with me.  There are times when I really want to “rest in his love” as he put it…but it just feels dishonest.  I can’t reciprocate that kind of love.

Back to my intentions.

I have had a lump in my throat all day, since I talked to my ex this morning.  Not because I loved him or wanted him, but to see what he’s done to his life is just so sad.  Then I think about S, and how much he’s like my ex, and what he’s doing to his life with all the lies and deceit that are so unnecessary.  Especially with me.  I was like the girl in Jerry Maguire “You had me at hello.”  He didn’t need to hide or embellish.  He was so lovable just as he was.  But then, no one really knows him, so I can only say I loved that man that I knew.  I think I knew the most honest version of him that anyone did.  But that man’s gone now, so I let my love for him go with him, out into the universe.

Anyway, new moon. New intentions.  I have a first phone call with a seemingly nice man tomorrow night.  I hope he isn’t boring! He doesn’t seem so in his messages.  Seems willing to jump into the arena and be seen.

Maybe the new moon is a good time for that first phone call.