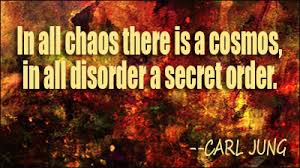 This morning I was laying in bed at 4:45 AM.  Awake.  I realized, laying there, that while I was awake, I could not identify the exact moment I woke up.  Like when you gradually turn on the lights that have a dimmer, not knowing or recognizing when they are fully on.  It was kind of odd…..To find myself awake and not know when I had achieved the state of wakefulness.

So, that’s kind of what happens when you fall in love, well sometimes.  I mean, I’m sure there are times people know the exact moment they fell in love.  But I think more often, it’s a gradual process.  Holding back less and less, through time, until you’re not holding back at all.  It’s not always a conscious thought or decision.

I wish it was, because I would not have chosen to love someone who couldn’t love me back.  I will be more conscious in the future.  I am being more conscious.

A wants me to come visit him when I am off between Christmas and New Years.  I would like to see him, at times I’d love to see him.  But I don’t want to rush into it, I am still healing.  Not grieving anymore, but healing.  And I don’t want to hurt A again, I did that once because S drew me in, away from A, I think just to prove he could.  Once, I just disappeared, again for S, but not at his request, so I could focus on that relationship with no distraction.

I promised A I would not disappear again.  I would love to snuggle up with him.  I would love to feel his love, his warmth,  He treats me like gold.  He loves me…..I love him but he’s always way ahead of me.  I love him, as a man, as a person. He has stood by me, and never let me down.  But I want passion….maybe it’s possible, but I don’t feel it now.

Still healing. Still walking that thin line.  But strong in my conviction not to talk, or contact, or allow contact.  That’s just a waste of time.  I need to focus on what makes me attracted to men like S and my ex. Totally afraid to put themselves out there.  Just full of fear, so they close the door, they hide themselves so they can’t be seen.  Why men like this, when I am so willing to get into the arena, and be seen?  Why not A, who is available, sweet, loving, kind, so willing to put himself out there, and let me see him.  He tells me every day he loves me, and shows me….  I need to lean into the discomfort, and “rumble” with what’s going on with me, as Brene Brown says.

I am reading a book by Rebecca Rosen for book club, “Awaken the Spirit Within.”  She is a medium, well known.  Two books.  She said that 1000’s of spirits, in her work as a medium, have told her the same thing.  That we contract with the universe for the lessons we are coming here to learn for our soul’s spiritual evolution.  She says that the people who give us the hardest emotional time, are our teachers.  She says if we contract to learn these lessons, but instead of doing the work to learn them, and understand them, choose the easy way out, and don’t learn them, we will have to, at some point come back and have another go at it.

This idea floored me, but I can see it’s validity.  I learned so much through the experience with my ex.  The one with S, I am still rumbling with…I still have a load of pain from the hurt he delivered to work through.  It’s not that I want him anymore, far from it.  I would have to be stupid to want to go back there.  But the hurt of the betrayal, the dismissal, being thrown out like the trash….will take some time to heal over. I think I’m looking or exterior validation that I didn’t deserve it.   I’m guessing therein is at least part of my lesson, once I can work through that.  Many questions surrounding that hurt…and all of them point to me, for allowing it to happen, for opening the door to it.  And also, the  healing has to come from within.  S was my teacher for this lesson, because he’s the one who was in the relationship with me that caused so much pain.  His soul is the one teaching me to love myself, because not everyone else can or will.  He’s learning his own lessons, whatever they are.  (This also tied in to my belief that we knew each other before we were born. I felt like I knew him before we even met, strongly.)  He told me every woman in his life has screwed him over.  I don’t think, when all is said and done, he can include me in that equation.  I gave him more than he wanted, but I didn’t screw him over.  Though he may see it differently, I don’t know, and don’t really care.  Just sayin’, I try not to do that to people.  But..the two men I have loved the most in my life, have screwed me over.

Rebecca Rosen says if we don’t learn the lesson, it will just keep repeating itself until we do.  So…I didn’t fully learn it from my ex, so enter S….  I am determined to discover, uncover, and deal with the lesson this time.  Truth be told, with my ex, I rumbled with it.  I didn’t take the easy way, I rumbled with him and won my freedom and my son’s, and my life.  I saw it through to the end.

Then again, maybe there are 2 different, but related lessons.  I have always thought that with my ex, the lesson was the power of unconditional love.  I still believe that.  I believed it so much, that I was fearless about loving S that way.  I just believed in the end, that it was irresistible.  Apparently it’s not, lol.

I haven’t been able to rumble with the discomfort from S for more than a few days at a time.  I feel different now, I’m sure I can, but that doesn’t mean it’s easy.  It means I’m determined to value myself, and my life, enough not to slip back into something that would only bring me more pain, and cause me to dislike myself, and disrespect myself.

Poor S, doesn’t understand how I can love him and miss him but not want to ever see him again. Because he compartmentalized his relationships, my relationship with him should be unaffected by his relationship with another woman. That’s his journey, his lesson to to figure out. Maybe.  Not my problem, I have enough of my own. I digress anyway.  The passion I had for him is dying, in relation to him.  Because I love the passion and the love, though, I’m going to find out the answers, and open the door to the real thing.  A loving passionate relationship for the 3rd act of my life.