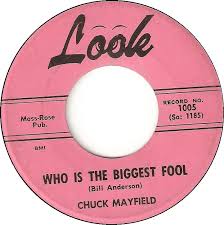 Christmas lights twinkle, and I sit here alone again, watching The Voice, my solitude broken by my son’s intermittent energy erupting into the family room.   I am ok alone, I always have been.

When I was married, I loved being alone.  At least for the last 10 years.  To have peace in the house, not to be dealing with the alcoholic temper, not to be worrying at least for a little while, what was going to set him off on one of his crazy tangents.

My ex is in a bed of his own making.  Renting the tiny cottage next door to the house we lived in for 30 years, he lived there for almost 40.  But it was not too big a change in his address, just one number.  One number in his phone number.  And he can still look out in the morning and see the lake.  I don’t think I could do that, though, see my old house every day that I lost in foreclosure.  I’d want to get away.  But he never did what one might expect.  I’ve known him for 46 years.  I’ve seen the changes that took over him little by little, and turned him into someone I just didn’t love anymore.  I’m not surprised, but saddened at his state.

It still is hard for me to to reconcile the S of the last 8 months with who I thought he was.  I mean, yeah, it’s in my face, and no I don’t want him in any way.  Just seems so incongruous.  I guess there was always a hint of it,  but when he did the prison whore, he couldn’t wait to get it off his chest.  He came to my house and stood up and talked about it, which I know was hard for him, until I understood enough of where he was to believe it was an anomaly and let him back into my life.

But this….he just lied and deceived two women who adored him for so long, for so many months.  Daily, hourly with me, lies.  He knew, he absolutely knew, that we didn’t want any part of a triangle.  I guess I shouldn’t speak for Betty, but from all Scott told me, she didn’t.  He knew for sure that I didn’t.  He once talked about swinging when he was younger… I just looked at him, like how?  How did you do that?

He used to say he wasn’t jealous, and if I had sex with someone else he wouldn’t be jealous.  Only if I loved someone else.  But when I was with A for the short time after the prison whore, and I was coming home from Florida and A was picking me up at the airport, S asked me not to let him sleep with me.  And A fully expected to, he was picking me up at midnight.  I hadn’t seen Scott in about a month, maybe longer, but I’d thought only about him when I was in Florida. We made plans to get together the day after I came back.  I said, we won’t have sex if he does.  S said, “sleeping with someone is pretty intimate.”  So, he pretended he wasn’t jealous to himself, but it was just a shell.  He didn’t want anyone else to be with his woman, whoever it might be.  At least, that’s the guy he showed me.

I don’t remember a break in our texting all summer on Saturday nights when he was with B. Not until I knew about her.  Then I would hear from him Saturday morning til early afternoon and then Sunday when he was alone.  But all summer…I don’t remember thinking where is he, why won’t he answer me, on Saturday night.  He must have taken his phone in the bathroom, or waited til Betty was out of the room.  We’d be texting and sexting as normal….

Damn, he was good.  Gutsy.  But in the end, I’m free of him.  I had nothing but a heart and soul full of love for him to get out of my system. I mean, no long term plans.  Just more desire than I’ve ever had for anyone.   Oh he talked about visiting me in Florida, how much he’d like that, but that was bs, just idle talk to draw me in, if he was with her.  He couldn’t have taken a week off, lol.  I was so angry he wouldn’t go with me in June, after he’d been looking at airfares and making plans.  He would say are you still mad about that?  “Yes”, I’d say for weeks after.  “It was stupid.  We could have had so much fun.  My sister lives in friggin’ paradise (2 blocks from the gulf, with a fenced in yard with lagoon pool) and it would have cost air fare.  We’d have had it alone.  Skinny dipping in the pool, walking the beach at night, we could have found a secluded spot to….”  And he’d go silent, because he couldn’t tell me the real reason, he thought I’d buy his bullshit story.  I never did.  But I sure didn’t think he was with her….

She and I will be ok.  B is attractive, she will find a man who can be faithful to her. I know right now she thinks she’ll never love again, but she will.   I think I can too.  I don’t think all that many men in their 60’s are interested in seeing how many women they can have.  Most of us are sick to death of games by this age.

Oh well.  Don’t know why I’m going here tonight.  Just still trying to see the man as he was, trying to put the pieces together still. I don’t know why.   It’s simple.  He is good at what he does, he fooled me, and he fooled her.  I think, in hindsight, he was probably the biggest fool of all though.

Peace out.  Love and light to all.