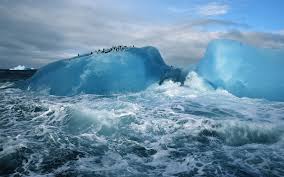 I wanted to swim in them,

I loved when they gazed upon me,

The corners turned up with a small grin.

Little did I know

That they were a reflection of a heart

As cold as an Arctic iceberg.

They were the tip of it,

I thought they were a piece of the ocean

that I loved so much.

That I’d found a place

whose eyes reflected my own passion.

Danger lay below them,

I sailed right into them,

To find that they were cold blue ice,

masking a monumental block of

That thaws only when it’s hurt.

And I could not hurt it.

I froze to death,

This is hard.  Really hard.  I think the universe did me a favor, really, in my head I know this.  I needed something from which there is no return, I needed the bridge to be burned, to begin the letting go. And as my close friends, and my son, have told me, this relationship has been bad since the beginning.  It’s what I said, when, a month ago, he told me she was back in his life.  He somehow convinced me that those words didn’t mean what I thought.  But in the end, they did.  What they meant is exactly what I thought they meant.  He was not just talking to her.  She was back in his life.  I should have stayed with my gut, it never lies.  I knew it then.  I knew it last night, i knew it this morning.

He came here, when I was losing my mind a month ago, a few days after he told me she was back in his life.  He got right in his car and came here.  He told me the night that he said she was back in is life that he wished I’d be happy for him, that was all he ever wanted, when he left a voice mail.   Then when I saw him that night, he said, he meant all he ever wanted was MY happiness. That he thought I’d be happy because I knew he had so many loose ends,questions that had never been answered with her. But when he told me it was my happiness that he wanted,  I cried, and I melted, and I took him to me, and loved him again.  And it was all a lie.  She was all he ever wanted, just like I first thought.  My happiness was not even on the table.  So played.  She must have played him, not wanting to see  him right away.  He was hedging his bets, I guess.  In case she didn’t want him, he’d still have me.

God I am stupid.  As if the words “She’s back in my life” can be misunderstood.

S always said water seeks it’s own level.  Usually it was in reference to me, still being with him when he treated me badly.  But I see the wisdom now.  I could never seek the level he wanted.  I could just not do it, it was so far from what I wanted.  Betty Boop…she wants it. She wants a relationship, at least, from what he told me of their past, where there  is no communication all week, except maybe a “are we on for the weekend?” message, email…and then get together for a lustful weekend.  He thinks that’s love.  Now that someone has really loved him, I wonder if it will ever be the same for him.  If he’ll figure out that sex is not love, but should be an expression of it.  He knew that with me.  Because I told him, those exact words. Now he has the words….from me, to fool himself with her. ]

He chose the level he’s comfortable with.  He was never comfortable with my level.  Too much emotion, raw emotion from me.  Too much truth on the table.  And I could stay with it, physically, emotionally.  I only ran when he made it all about a physical relationship.  Ran.  Told him a hundred times, we want different things.  Go get what you want, I don’t want that.  So…he has what he wants.  He doesn’t have to be accountable, he doesn’t have to acknowledge emotions that are uncomfortable for him.  He can pretend that sex is love, and he can set himself up to be hurt again….I feel bad about that, really, but it’s his choice.  It’s his comfort level, and he has no desire to rise above it.

I still see him, I still feel him.  I know when he’s with her tonight, and tomorrow, he will be held back by the scope of what he did to me.  I hope he is.  I hope he finds he cannot fuck people over that easily.

He should have taken some time off from either of us, and figured out what he wanted, and met with me face to face.  But he’s not able to stand on his own two feet, he’s not able to man up, and face the consequences of the choices he makes.  I deserved so much better.

He says he told me he was no good, that he would hurt me.  I said, so what, that relieves you of no accountability for what you have done.  So what if you know who you are?  You don’t change, and you think I’m gonna write it off?  Make excuses for you?  That’s the most pathetic of statements.  “I told you I’m bad,and I’m bad.”  It implies I should excuse it, because after all he told me he would do it.  Just like he told me about the prison whore, last winter.  When he fucked the hooker as a test….this is just another prison whore.  Just another test for him.  To see…..

He reads this.  He will know what I mean.

Shoudda, wouldda, couldda.  He wrote it all off.  I need to do the same.  Just putting things right in my mind.  Trying to make sense of senseless hurt.  Senseless pain.  Unspeakable cruelty.  And really, unbelievably stupid, ego-centered but self destructive decisions on the part of someone I loved.   Of course, when the ego rules, it is always self destructive.  That’s how the ego keeps power, by lying to the heart.

A month ago when he told me she was back in his life….I was driven by jealousy.  I could not stand the thought of him with another woman.  This time, almost a month later, it’s not jealousy.  If that’s what he wants, he better go for it, because I will never fuck a man over like she did, and if that’s what makes him comfortable, then he needs to be with her.  But how he played me, how he purposefully made me think something else was going on between us, how he manipulated me for his own benefit, not giving a good goddam whether or not his actions would devastate me, that’s what’s unforgivable.  At least for now.  To use another human for your own purposes is the lowest of the low.  She used him…in their last relationship.  I would guess he also used her.  They are both users.  Liars. Manipulators.  They belong together.  I don’t belong with him.

But the pain of what he did to me will take some time to get over.  The way he devastated so easily my emotional landscape.  For his own prurient interests.  And I fucking loved this man, as he’s never been loved before.

I guess this is it for now.  There will be more.

The morning was gray, and quiet. I sat on my deck, having coffee, reading blogs, reading email. Doing some pensive introspection. About myself. About S. About vulnerability.

I have been a champion of vulnerability. I have watched Brene Brown’s TED talk on vulnerability maybe a dozen times. She speaks to what I have always known, but did not form into a cohesive thought until I saw her speak.

I have never been afraid to be vulnerable. Not with my friends, not with strangers, not with the men in my life. Not in my blogs, or my book, or with my son. I do believe that you don’t give someone all your secrets, until they have proven the right to hear them.  I give it out a little at a time, but I give it.  I will initiate it.  I am not afraid of it.

I believe it is the only way to have a real, fulfilling, human experience. I believe, as Brene does, that it is the birthplace of creativity, of joy. It is the ying of the yang. You can’t know joy if you don’t risk something. You can’t be creative if you are afraid of failure. You can’t expect someone to open up to you their deepest darkest secrets if you won’t share in kind.

Vulnerability means that you take a risk, you put yourself out there. Not knowing what the outcome will be, if you think that there might be a reward that makes it worthwhile. There is no risk-free existence. You can’t imagine that just because you love someone they will always love you back. You can’t believe that everything will always stay the same. Change happens. And when it happens, and you hurt from it, instead of closing your heart, you have to thank God you are able to love so passionately, so fully. Because it means you are alive. If you hurt….it is the ying to the yang. There is no great reward without great suffering.

Ram Dass tells a story about his guru, who when given the option of love vs. suffering, chose suffering, because it was then that he would grow. Learn about himself.

So, we wish those who cause us to suffer, love and light. We let them go on their way, in their life, and hope that they find joy. We find ourselves better prepared to go on with LIFE, and LIVING, because we have a deeper understanding of what brings us joy, and peace.

One of my favorite quotes is from Khalil Gibran. It states:

Out of suffering have emerged the strongest souls; the most massive characters are seared with scars.

I have a friend who was devastated by an ex. This persons heart is closed now, for the most part. They do not want to love again, to risk giving of themselves because the pain is so great. I see cracks in the wall occasionally. But the person quickly fills them in, and retreats behind the wall again.

To me, it is like being dead before you are dead. So love didn’t work out that time, or the time before. Maybe it worked for awhile, a long while, and then it changed. Change is part of life. Loving to me is living. I cant’ separate the love of a person, from love of myself, my family, of every living thing. To stop one is to diminish all. Because they are all connected.

This being said….if we love someone to the best of our ability, and they choose not to return it for whatever reason, it’s not healthy for us to continue to dream that they will. There is a time to let go, and acknowledge that this is not the one for you. It comes with self awareness. Let go with joy, wishing all blessings and happiness to that person. And then risk being vulnerability again.